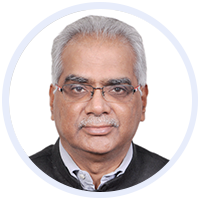 Mr. D.L.N.Sastri is a Chemical Engineer from Andhra University College of Engineering and Masters in Marketing Management from JBIMS, Mumbai.

He is presently Director (Oil Refining & Marketing) of the Federation of Indian Petroleum Industry (FIPI). He was earlier Executive Director in-Charge of International Trade at Indian Oil Corporation Limited and was also on the board of IndianOil Singapore Pvt Ltd, Singapore.

Mr. D.L.N.Sastri has vast experience of varied functions in the Indian Oil industry ranging from Operations, Logistics, Marketing, Shipping , Risk Management and International Oil Trade. He was also on deputation to Oil Coordination Committee under MOP&NG. During his stint in International Trade, he took initiatives for joint industry strategies in taking up issues with international suppliers and also initiated joint negotiations with term suppliers for sourcing of crude oil for PSU refineries. He introduced reverse/forward auction system in imports and exports and also established a trading desk for crude oil sourcing. He was a Principal Panellist of Oil Industry Safety Directorate (OISD) and contributed extensively in formulation of new standard OISD-244 for oil marketing storage points. He was also involved in concept to commissioning of first Common User Terminal at Raipur on industry basis and first smart terminal at Chittoor during his tenure in marketing operations. Having worked in North East as well as North west, he is familiar with logistic constraints of both the regions.